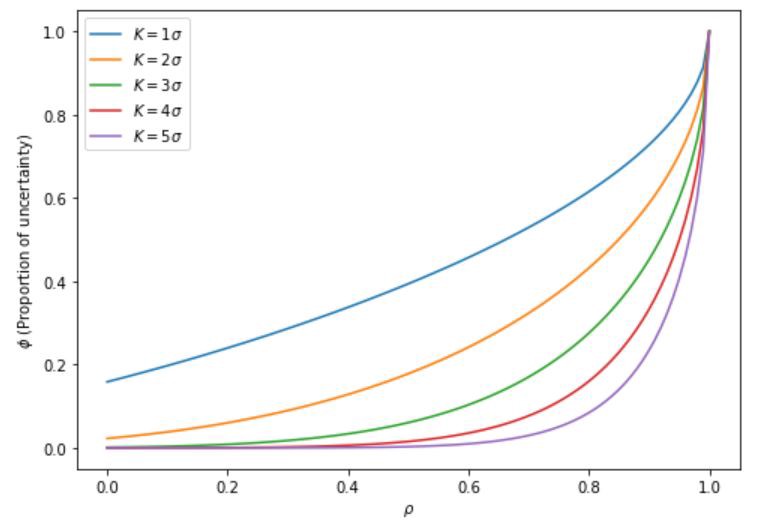 We often hear claims along the lines of “there is a correlation between x and y”. This is especially true with alleged findings about human or social behaviour in psychology or the social sciences. A reported Pearson correlation coefficient of 0.8 indeed seems high in many cases and escapes our critical evaluation of its real meaning.

So let’s see what correlation actually means and if it really conveys the information we often believe it does.

Inspired by the funny spurious correlation project as well as Nassim Taleb’s medium post and Twitter rants in which he laments psychologists’ (and not only) total ignorance and misuse of probability and statistics, I decided to reproduce his note on how much information the correlation coefficient conveys under the Gaussian distribution.

Due to the variables being standard normal, the correlation is \(\rho= 0.8\). If we hear someone reporting this correlation between, say, IQ and “success” (whatever it means), it would probably sound convincing.

Let’s visualise the bivariate distribution of \(X\) and \(Y\): 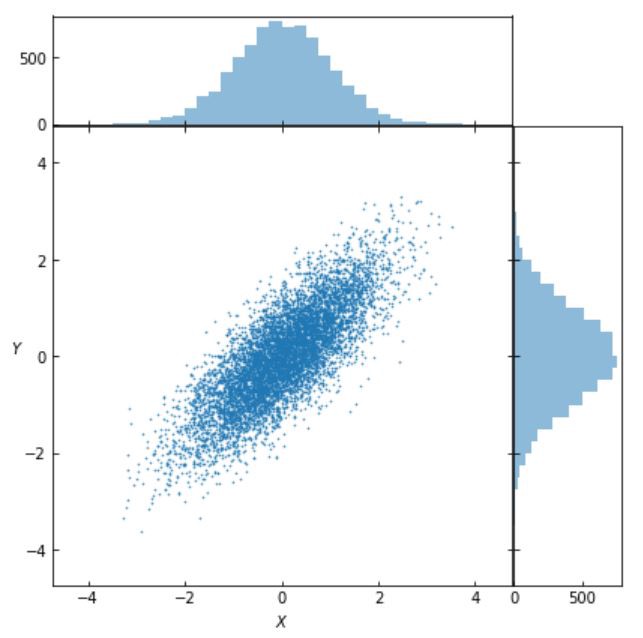 Before moving on to evaluate \(\phi(\rho, K)\), let’s first take a look at what the threshold \(K\) represents: 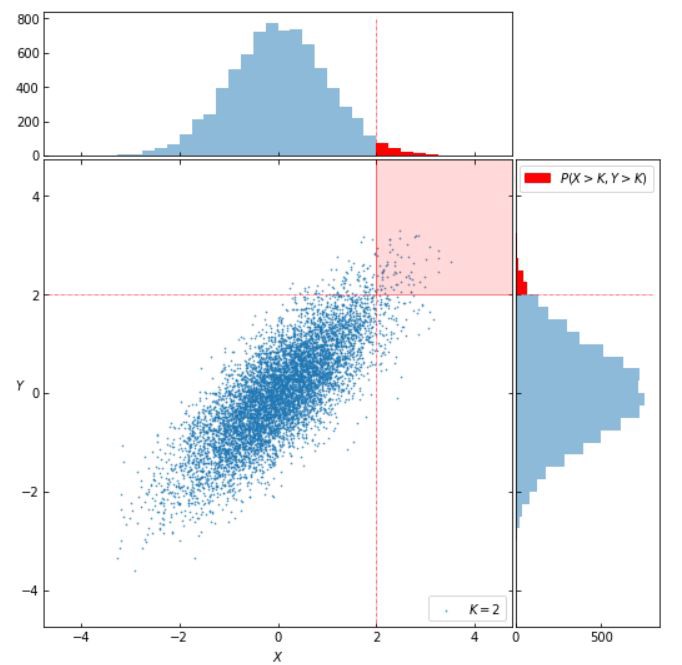 In order to evaluate \(\phi(\rho, K)\), we notice that the joint probability

is impossible to integrate analytically, so we have to resort to numerical computation. Let’s see how we can do it in python.

What we can see from the plot is that the information conveyed by the correlation between \(X\) and \(Y\) behaves disproportianately. From a practical point of view, this means that a correlation of 0.5, for instance, carries very little information (\(\phi\) is somewhere between 0.1 and 0.3) for ordinary values (up to two standard deviations away) and carries essentially no information about the tails (i.e. outliers or outperformers).

Returning to Taleb’s attack on the validity of psychometric tests, the result obtained above means, to quote Taleb, that you need something >.98 to “explain” genius.

The complete Jupyter Notebook with all the code for this post can be found here.